The next rate move may be down

The next interest rate change may be down rather than up, as the Reserve Bank of Australia grapples with falling property prices and low inflation according to AMP Capital Head of Investment Strategy and Chief Economist, Shane Oliver. 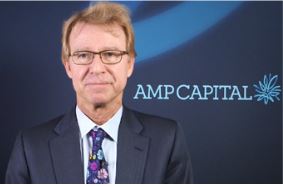 Oliver’s view on the where the RBA may go with rates is in sharp contrast to the US where the Federal Reserve has been raising rates since the end of 2015 and is expected to continue this trajectory this year.

“There is some risk the Reserve Bank might have to cut interest rates again,” says Oliver. “We are seeing home prices come off again in Sydney and Melbourne and obviously that will have a negative wealth effect.”

The two cities combined account for about 40 per cent of the Australia by population. That factor combined with the banking industry measures to tighten up lending standards around borrowers’ incomes and expenses may continue to impact property prices.

The RBA on June 5 left rates on hold at 1.5 per cent for the twentieth meeting in a row. The last time it changed rates was a 25 basis point cut in August 2016.

In his monthly statement RBA Governor Philip Lowe noted housing credit growth had slowed in the past year, “especially to investors” and commented on the Australian Prudential Regulation Authority’s (APRA) measures to stem “the build-up of risk in household balance sheets.”

While a near-term rate cut is not the AMP Capital base case, Oliver describes it as “a risk worth keeping an eye on.”

“We have increased evidence that the housing cycle is starting to turn down, and this will lead to a loss of wealth, which has a negative impact on consumer spending at a time when wages growth is still very weak and inflation is very low.”

The prospect of a rate cut would be welcome news for many indebted home owners, and it may also be good for local bond investors by helping offset upwards pressure on bond yields coming from global sources.

“Having rates on hold for an extended period, with some risk of a rate cut, might keep Australian government bond yields relatively low compared to what we are seeing internationally,” says Oliver. “This in turn will help minimize the near-term potential for capital losses on Australian bonds.”

In the US, the Fed lowered its benchmark rate to near zero after the global financial crisis began in 2008. It then began raising rates two and a half years ago when the economy started to strengthen and has now increased the rate seven times. It’s expected to raise rates again next week.