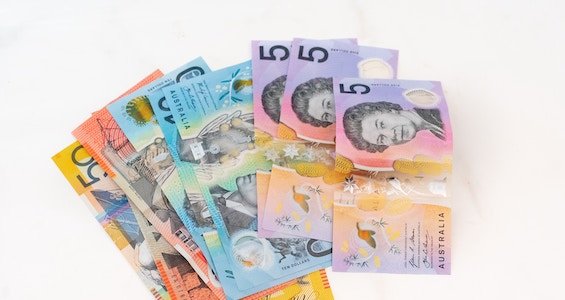 Posted at 13:04h in Market Updates by Hello Wealth 0 Comments

Abolition of the work test for contributions from 1 July 2022

From 1 July 2022, the government proposes to abolish the work test for non-concessional contributions (including ‘bring forward’ contributions) and salary sacrifice contributions for anyone aged between 67 and 74 years old. It also applies to contributions made for a person’s spouse.

However, the work test will continue for anyone wishing to claim a tax deduction for personal superannuation contributions.

The benefits of abolishing the work test will provide greater flexibility:

Nadine is 69 years old and has been retired for many years, she wishes to contribute $100,000 to her SMSF. If the government’s proposal is passed by the parliament then Nadine’s SMSF can accept the contribution on or after 1 July 2022. However, Nadine will not be able to claim a personal tax deductible contribution for any part of the contribution she makes.

Reduction in age to qualify for the downsizer contribution

Currently, the legislation requires the person to be at least 65 years old to qualify for the downsizer contribution. However, the government proposes to reduce the earliest qualifying age to 60 years old which is expected to apply from 1 July 2022.

The issues that arise out of the age reduction in the qualifying age for the downsizer contribution are:

Under the super guarantee legislation, as a general rule, an employer is required to contribute up to 9.5% of an employee’s ordinary time earnings. However, currently an employer is not required to make super contributions for anyone who is paid less than $450 per calendar month. The government proposes to remove this threshold from 1 July 2022 which will provide super contributions for about 300,000 lower income earning individuals, 63% of whom are women.

Abolition of the $450 threshold will:

SMSF residency requirements to be relaxed

To gain tax concessions for superannuation funds they are required to meet three tests to qualify as an ‘Australian superannuation fund’. The tests are the establishment test, central management and control test, and active member test. In some situations, SMSFs are unable to meet the definition if members were temporarily absent from Australia and made contributions to the fund. The penalty is that the fund would be taxed as a non-complying superannuation fund and the income and assets are taxed at 45%, resulting in a significant penalty for a relatively minor breach of the rules.

The government has announced that it will relax the residency requirements for SMSFs and small APRA funds (SAFs) by extending the time trustees can be temporarily absent from Australian from two to five years, and continue to meet the central management and control test. In addition, the active member test, which restricted contributions being made to an SMSF or SAF when members were overseas, is proposed to be abolished.

Members of SMSFs and SAFs will have the opportunity to continue contributing to their preferred fund when undertaking work or pursuing other activities overseas. It is anticipated that the change is expected to commence from 1 July 2022, the first financial year after the legislation receives Royal Assent.

Dibjot and Gurleen have an SMSF and decide to leave Australia temporarily from 1 July 2022 while they are looking after their ill and aging parents in India. They expect to be absent from Australia for up to 4 years.

The amended legislation will allow them to meet the central management and control test while they temporarily absent from Australia, which allows them to make significant decisions about their SMSF. The proposed change will save them the need to have someone act in their place as trustee of their SMSF. In addition, they will be able to make contributions to their SMSF without having to contribute to a large APRA fund during the time they are absent from Australia.

Currently, legacy income streams, such as market-linked income stream (MLIS), life-expectancy and lifetime pensions can only be transferred to another similar product. Limits also apply to allocating reserves associated with legacy income streams reserves to ensure the allocation is not counted towards an individual’s concessional contribution cap.

The government has proposed that anyone in receipt of a legacy income stream will have the option to exit from these products during a pre-determined two-year period commencing on 1 July after the legislation has received Royal Assent. The proposed window of opportunity will allow full access to all of the product’s underlying capital, including any reserves, and permit transfer to more modern products such as account-based pensions.

The concession does not apply to certain pension products, such as flexi pensions or lifetime products provided in APRA regulated funds or public sector defined benefit schemes.

The amount commuted from the fund’s reserves will not be counted towards an individual’s concessional contribution cap and will not trigger excess contributions. However, it will be taxed as an assessable contribution of the fund and taxed at 15%, recognising the prior concessional tax treatment received when the reserve was accumulated and held to pay the legacy income stream.

Jill is 80 years old and has a lifetime pension provided by her SMSF. The lifetime pension, which commenced in 2003, has set annual payments and an associated reserve which supports the pension.

Jill thinks that this product no longer suits her needs as she wants to be able to access her superannuation capital as required. Jill commutes the pension, including the reserve, back into an accumulation account in her SMSF before commencing an account-based pension with all the proceeds. The reserves transferred back to accumulation will be included as assessable income for her SMSF on which she will pay up to 15% tax. Jill has space in her transfer balance cap to commence her new account-based pension.

As the new amount of the account-based pension counts towards the age pension assets test, Jill’s part-age pension payment rate will be re-assessed. She now has immediate access to all the capital that was supporting the legacy product and more flexibility in how she draws down her superannuation.

Mark is 75 years old and has a market-linked pension that first commenced in 2005. Mark commutes the market-linked pension back into an accumulation account, before commencing an account-based pension with some of those proceeds. However, Mark cannot move all the proceeds into an account-based pension because he does not have enough space in his transfer balance cap account. Mark retains the rest of the proceeds in the accumulation account, where earnings are taxed at a rate of up to 15%.

Mark decided the exit is worthwhile to gain extra flexibility in accessing his superannuation. He will continue to receive a part-age pension payment which will remain relatively unchanged.

Roberta is a 70 year old single retiree who has a life-expectancy pension, with no reserve, that first commenced in 2007. Roberta commutes the pension back into an accumulation account with a non-SMSF provider. She then commences an account-based pension with the full balance as she has sufficient space under the transfer balance cap. Roberta was primarily exiting to give herself the option to access the monies as tax-free lump-sum benefits should she need to do so.

Her age-pension payments also increase because of the conversion. This is because Roberta’s age-pension amount is being set by the income test, and the deemed income on her new account-based pension is more favourable (a lower amount) than the income from her former life-expectancy pension.

The ability to commute legacy pensions provides the opportunity for pensioners locked into legacy products, which are beyond their useful life and contemporary income streams, to provide more appropriate options for individuals.

The First Home Super Saver Scheme (FHSSS) will be expanded to increase in maximum amount of voluntary contributions that can be released under the FHSSS from $30,000 to $50,000.

The FHSSS allows individuals to make voluntary concessional (before-tax) and voluntary non-concessional (after-tax) contributions into their super fund to save for their first home. Provided the eligibility requirements are met, an individual can then apply for the release of their voluntary contributions, along with associated earnings, to help purchase their first home. The eligibility requirements are that the person:

In addition to the increase there are a number of technical changes which will be made to the current legislation to improve the ATO’s administration of the FHSSS.

As part of the 2018 Women’s Economic Security Statement, it was announced that there was to be greater disclosure and visibility of super assets in family law proceedings. The proposal was expected to commence on 1 July 2020. However, the commencement was delayed due to the impact of COVID-19. The proposed legislation which is expected to be introduced into parliament shortly will involve the ATO and Family Law Courts to allow the super assets of the parties to be identified during family law proceedings.

From 1 July 2021 the ATO will arrange for unclaimed super to be paid directly to KiwiSaver accounts in New Zealand – the equivalent of an Australian super fund.

In view of the government introducing the Women’s Safety measures commencing 1 July 2021, it was decided to not proceed with the proposal to extend the early release of superannuation to victims of family and domestic violence. The measures are designed to reduce, and support the victims of family, domestic and sexual violence against women and children.

The 2021-22 Federal Budget proposals are attractive propositions for:

But don’t forget these changes are not anticipated to commence until 1 July 2022. So, until that time the current rules continue to apply.

Reproduced with the permission of the AMP Capital. This article was originally published at AMP Capital

Important note: While every care has been taken in the preparation of this document, AMP Capital Investors Limited (ABN 59 001 777 591, AFSL 232497) (AMP Capital) makes no representation or warranty as to the accuracy or completeness of any statement in it including, without limitation, any forecasts. Past performance is not a reliable indicator of future performance. The information contained in this document are for illustrative purposes only and this document has been prepared for the purpose of providing general information, without taking account of any particular investor’s objectives, financial situation or needs. An investor should, before making any investment decisions, consider the appropriateness of the information in this document, and seek professional advice, having regard to the investor’s objectives, financial situation and needs.
This document is solely for the use of the party to whom it is provided and must not be provided to any other person or entity without the express written consent of AMP Capital. This document is not intended for distribution or use in any jurisdiction where it would be contrary to applicable laws, regulations or directives and does not constitute a recommendation, offer, solicitation or invitation to invest.