Key points from the latest COVID-19 stimulus package for Australia 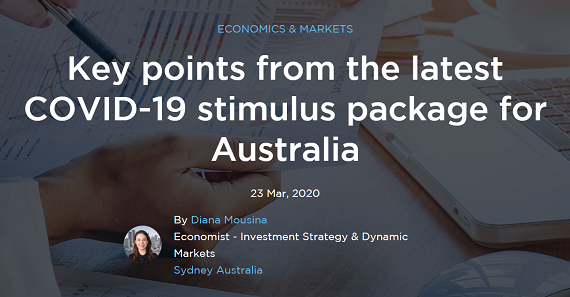 Over the weekend in Australia, the federal government announced a second fiscal stimulus package to offset the hit to growth from COVID-19.

Below are some of the main take-aways:

Along with the first round of stimulus announced recently ($17.6bn to individuals and businesses, $2.4bn to the healthcare sector and $5bn of stimulus by the states) total Australia fiscal stimulus in response to coronavirus is worth around 3.5% of GDP.

This is in-line with other countries who have recently announced fiscal packages (see the table below). Most of the stimulus in Australia is front-end loaded over the next year. 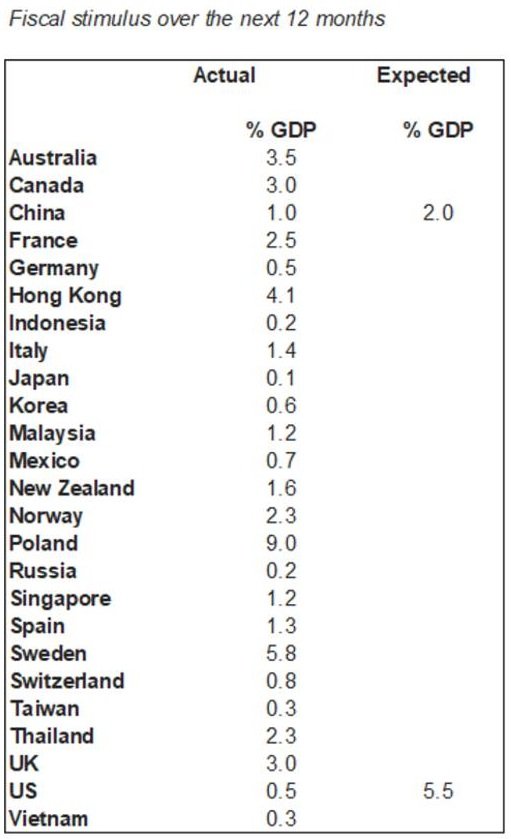 The government also announced a $20bn loan guarantee to help impacted small/medium-sized businesses meet cash flow requirements. If you include these total loan guarantees with the direct fiscal stimulus then total stimulus in the economy is worth around 10% of GDP.

Then there are also the RBA interest rate cuts and three-year government bond purchases to meet the 0.25% yield target. So there is a lot of stimulus being thrown around in Australia which is completely necessary at the moment. 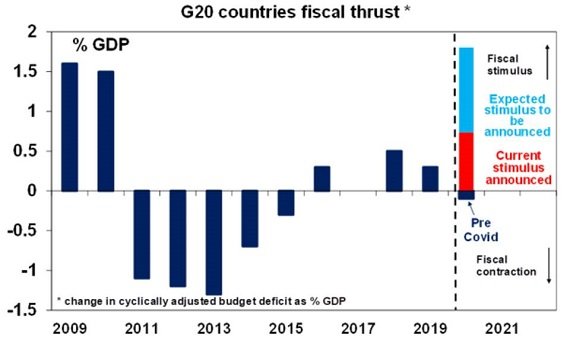