In a time of market uncertainty with concerns around rising US interest rates and overvalued equities it can be difficult to find investment opportunities and it’s of little surprise that investors are asking where they should allocate their funds. 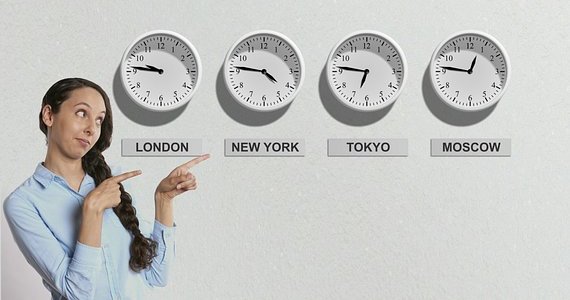 But the good news is that recent developments have highlighted and reinforced a number of investment opportunities around the world that we believe investors should be exploring. Four of our picks are detailed below.

The first is Latin American and emerging markets.

Based on forward price to earnings ratios, the relative valuation of emerging markets equities versus US equities is reaching lows not seen since 2008. The US market is also showing signs of running out of breath, so we are selectively adding to our emerging markets allocations through Latin American equities, emerging market bonds, and certain currencies, including the Mexican Peso and the Chilean Peso.

Many Latin American currencies and markets have been under pressure thanks to uncertainty around the North American Free Trade Agreement (NAFTA), which creates a trade bloc between the US, Canada and Mexico. Latin American markets should have been benefiting from rising commodity prices but concerns that US President Donald Trump would dump the trade pact outweighed this.

These recent agreements suggest that Washington seems happy to accept some minor modifications to existing free trade deals, declare victory and get ready for the midterm elections. This seems to be a win for free-trade ‘globalists’ and a loss for protectionists who want to restrict free trade and as a result, emerging markets, which are heavily exposed to trade and have borne the brunt of concerns around rising US protectionism, should benefit.

The second opportunity is in Chinese consumer stocks.

The recent positive developments around US trade may point to the possibility of a deal being achieved with China, but I’m not so hopeful. It seems the US-China trade tension is a symptom of a much bigger problem: the Trump administration’s unease with the rising power of China.

I don’t expect to see a US-China trade deal soon but to offset weakening US exports, the Chinese will likely stimulate domestic demand through co-ordinated fiscal and monetary support which will benefit listed Chinese companies that are exposed to domestic consumer demand.

As a result, we are increasing our exposure to shares in mainland China-based companies that are traded in Renminbi on its domestic stock exchanges (China A shares) which are undervalued and should benefit from any monetary policy easing.

The third opportunity is in US and global energy, with oil likely to push higher towards $US80 a barrel before a brief pause.

On the supply side, Donald Trump has called on Saudi Arabia to lift production, but the reality is the Saudis have very little spare production. Supply from Iran is also likely to leave the market as the US wants all oil imports from Iran to end by November. In support of this, India (the second largest buyer of Iran’s oil after China) is reducing its intake of Iranian oil, cutting its purchases to zero in November. Meanwhile in the US, shale oil productivity has been declining and capital expenditure has collapsed after the 2015/16 energy crisis.

On the demand side, global growth is running at a solid pace despite the recent non-US softness. Chinese growth should see a rebound as the impact of recent policy easing comes through.

The final opportunity is in Japanese equities, and in particular Japanese banks.

We believe this is important because it indicates a cautious stance towards holding JGBs. The bond bubble is slowly deflating and the GPIF is rightly looking for flexibility rather than blindly adding bonds to its portfolio. Basically, demand for bonds is waning which suggests bond yields are likely to rise (when bond prices fall, yields rise).

At the same time, the Bank of Japan’s (BoJ) balance sheet will soon be as large as Japan’s GDP. The BoJ – Japan’s central bank – will have to taper or reduce purchases of JGBs to avoid further serious market distortions.

We believe Japanese banks are likely to be significant winners from this situation, with a flow-on effect to global banks.

A world of opportunity

In summary, for investors willing to explore global opportunities and consider different asset classes, there are a significant number of possibilities to diversify their portfolios, protect against the mature US bull market, and enhance returns so they can reach their investment objectives and goals.