Best of 2018: Who is the most vulnerable as housing prices head lower?

The long-term rise in Australian home prices has led to a huge inter-generational transfer of wealth from the young to the old. A material reversal in property values will go some way to unwinding this, creating winners and losers amongst the generations.

Australia has long had a love affair with home ownership, which is illustrated by the strong growth in residential prices over the past two decades. Prices accelerated particularly strongly over the five years to 2017 amid a strong domestic economy, low mortgage rates, tax-breaks for domestic investors and sustained interest from overseas buyers, especially from China.

These factors were supported by ongoing immigration, a widespread cultural desire in Australia to own property and a highly limited supply of new land available in the capital cities in which most Australians live and work. A flood of virtual reality tv shows based on home ownership and renovations struck a chord with aspirational Australians. A political consensus in favour of measures supportive of property owners came to be established. 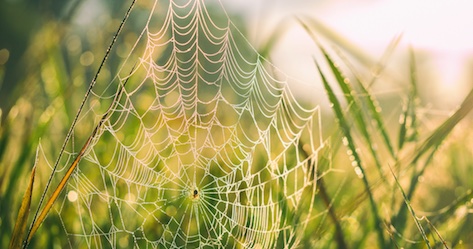 The withdrawal of investment buyers from the market has been followed by a more hesitant mood amongst owner-occupiers, who are either unable or unwilling to borrow the funds and provide the deposits necessary to maintain the housing market’s momentum.

Australians are likely to find themselves in very different situations depending on their home ownership history. They may be grouped into three distinct demographic cohorts, many of whose members share some broad characteristics.

Most Australians under the age of 35 have struggled to gain a foothold on the housing ladder. By the time they had found settled jobs and saved deposits, they found that house prices had risen beyond their reach.

Sometimes characterised as the ‘smashed-avocado generation’, this group has tended to prioritise experiential spending over property acquisition. This may be partly due to a cultural shift in society, but undoubtedly at least partly reflects the low possibility of purchasing even a very modest home within reasonable proximity to work.

Property purchases have tended to be restricted to those either on the highest incomes and/or those who have enjoyed the good fortune of parents or grandparents willing and able to help fund ever increasing deposit and stamp duty payments.

There are signs that some millennials on more typical income levels have simply given up on the Aussie dream of home ownership – at least until they become beneficiaries of a future inheritance.

Australians in the 35-55 age group are much more likely to be property owners. However, the 20-year upward trend in home prices has left this generation suffering varying degrees of financial stress. This has been caused by the need to take on oversized mortgages to buy their first home, typically some years after their parents would have taken the plunge into the housing market.

They are now faced with increasing mortgage rates just at the time that living costs, such as utility bills, insurance and school fees are also rising.

Accordingly, this group faces the biggest challenge as they manage their spending in the face of rising demands on their lean layer of discretionary spending.

This group comprises the retired and soon-to-retire, who in Australia have been the principle beneficiaries of the long-term boom in house prices, built on low interest rates and tax benefits, such as negative gearing.

Having entered the market at much lower price levels relative to incomes, members of this group are now largely mortgage-free and sit on valuable capital gains that some have realised as they retire, re-locate and downsize.

Some members of this demographic have used gains from the property boom to help their off-spring gather the deposits necessary to get onto the housing ladder. This trend is often described as the ‘Bank of Mum and Dad’, with some analysts referring to it as the fifth biggest bank in Australia.

The boom has led to a massive intergenerational transfer of wealth from the young to old as prolonged low interest rates led to massive asset inflation, which especially affected residential housing in Australia.

However, any decline in home prices will affect these three groups in significantly different ways.

The cohort that remains largely outside the housing market is likely to have the most to gain and least to lose from a period of falling home prices in Australia.

A significant fall in home values is not the base case of most analysts, however the more extended the correction, the more millennials will find themselves coming into reach of home ownership. Therefore, this group is viewing any extended downward trend in prices relatively positively.

Such a market correction could focus on the sale of investment properties, which could reduce the supply of rental properties and put upwards pressure on rental levels. This would be a negative for millennials not able to take advantage of falling values to buy a first home, at least in the earlier stages of a slump.

A relatively small number of this group have managed to enter the market by taking on excessively large mortgages or have bought in secondary locations where selling could become challenging. Such buyers could well face financial stress, however, these are likely to be a minority of this group.

These are the people who are most exposed to a slide in home prices in Australia. This group includes the most recent entrants to the property market and thus are likely to have bought at higher price levels with larger mortgages. Unlike those who are long established in the market, many in this group will not have benefitted from much of the rise in values and thus enjoy less protection from price falls.

They are already facing the financial stress described earlier and hence are much more careful with their spending, focusing on essentials and taking advantage of cost savings found online or in discount bricks and mortar stores. This is illustrated by the high numbers of baby and kids-focussed stores closing in Australia over the last few years.

This group stands to be further impacted if a significant fall in house prices leads to them receiving lower inheritances or post-downsizing gifts from their parents.

This demographic is generally mortgage-free and unlikely to move home other than to downsize to a more suitable retirement property. Thus, they are unlikely to suffer the same stress faced by families.

Their ability to make lifetime gifts and leave bequests could well be affected though, however the real impact of this will be felt by younger demographics.

Baby boomers have been the principle beneficiaries of the buy-to-let boom, and hence some members who are heavily invested in residential property will be impacted by price falls. However, even these will be affected more in terms of their ability to make gifts from reduced capital, rather than falls in the achievable rental values that provide their income.

The housing market has appeared to be a one-way bet for a long time, and the wealth level of most Australians depends largely on the point in time at which they were able to enter the market.

Younger Australians stand to gain the most from lower housing prices but will inherit less. Families will likely experience increasing financial stress from this trend, especially the more recent home purchasers or those with less certain incomes in the face of rising living costs. Most older Australians will be less affected on a day-to-day basis but the ‘Bank of Mum and Dad’ may turn out to be less liquid than had been hoped by some anticipating sizeable withdrawals.