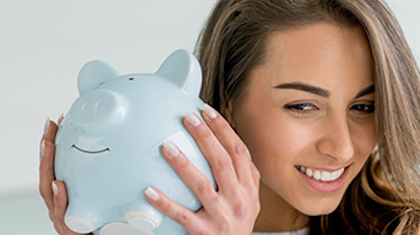 We take a look at the research, released by ASFA in March this year, which also highlights that the majority of those under age 29 strongly support super as a good way to save for retirement, even though many underestimate the amount of money they’ll need after they finish working.2

How much the average young person has in super

While average balances were not that large, ASFA said they were rather substantial compared to what most young people had in their bank account.4

ASFA pointed to figures from the Australian Bureau of Statistics, which showed the average super balance for those aged 20 to 24 was around $5,000, with that figure escalating to more than $16,000 for 25 to 29-year-olds.5

What about insurance inside super?

Each super account you have will typically have a fixed administration charge of at least $100 a year and if you’ve taken out insurance through super, premiums will also be deducted from your balance.8

While more than 70% of Australian life insurance policies are held inside super9—and it may be beneficial for you, depending on your circumstances—you should regularly review your preferences, as more than 25% of people under age 29 are unsure whether they have cover, let alone the right type.10

Where to go for help

As you may be aware, super contribution rules and limits are set to change from 1 July 2017.

While you mightn’t be able to put as much money into super due to these changes, the good news is there are still opportunities you could take advantage of if you act soon.

Meanwhile, here are some other things you may want to do:

While retirement might seem like a lifetime away, remember – the more informed you are about super from a young age, the better off you may be down the track.

For more information about managing your superannuation contact us on 1300 181 707.