While nearly half are sad to see their children move out, nine in 10 say they’re travelling more, with some even making cash from the extra space at home.

It’s usually inevitable your kids are going to grow up and one day move out of home. And, while research shows that women are generally more upset at the prospect of this than men are, the good news is many people report that once they come to terms with it, there are a number of upsides1.

These were the findings from The Empty Nesters report (the 14th instalment of The Australian Seniors Series), which revealed the best thing about kids leaving the nest, according to those who’d said goodbye, was parents had the place to themselves and (hooray) there was less cleaning up to do2. 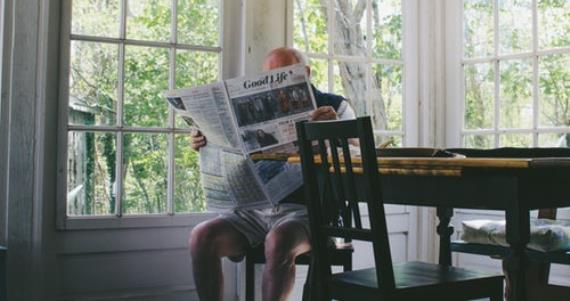 Out of those surveyed, nearly 75% said they were also loving the extra time they had, while almost 70% said their financial position had changed for the better3.

If you’re still getting your head around the situation (maybe you’re one of the four in 10 feeling a bit sad or would’ve loved if your kids stayed at home for longer4), we explore the upsides more closely.

According to the research, 70% of those whose kids had left home said they had more disposable income, with 68% saying they were in a better financial position and 56% saying they felt less guilty when it came to splashing out and spending a bit of money on themselves5.

Almost a third also said they had turned their children’s rooms into a space for short-term accommodation (earning an average of $1,632 in the last 12 months)6, or a place where they could indulge in their own hobbies or interests, which was also helping a number of seniors to make extra cash on the side (specifically $2,584 on average in the last 12 months)7. This extra money generally came from offering services on a freelance basis or selling collectibles and creations8.

In terms of the lifestyle benefits, about 41% of seniors whose children had left home were finding more time to exercise, with walking, going to the gym and golfing topping the list of people’s favourites, followed by swimming and yoga9.

Seniors’ social lives were also peaking, with nearly half of those surveyed saying they were spending more time hanging with mates, eating out and going to the movies10.

On top of that, over 90% of empty nesters were travelling more often and for longer periods of time in comparison to when their kids were living at home11.

Important:
This information is provided by AMP Life Limited. It is general information only and hasn’t taken your circumstances into account. It’s important to consider your particular circumstances and the relevant Product Disclosure Statement or Terms and Conditions, available by calling 1300 181 707, before deciding what’s right for you.

All information in this article is subject to change without notice. Although the information is from sources considered reliable, AMP and our company do not guarantee that it is accurate or complete. You should not rely upon it and should seek professional advice before making any financial decision. Except where liability under any statute cannot be excluded, AMP and our company do not accept any liability for any resulting loss or damage of the reader or any other person.