From bartering to smartphones—how our money habits have evolved

When’s the last time you used cash? New technologies are changing the way we transact

Two sheep for an axe? A pigskin coat for a sack of grain? Three bushels of wheat for a goat? 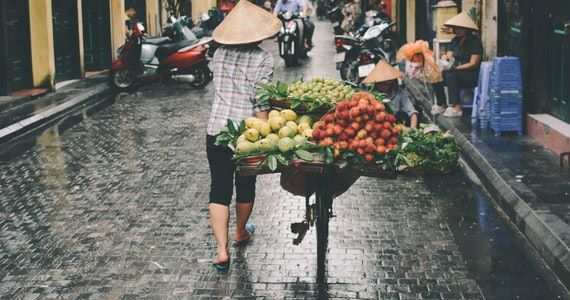 We’ve come a long way as a species. Back in the day, bartering was the only way to conduct transactions. It was time consuming, unsophisticated and inefficient—every transaction had to be conducted afresh.

Ever since King Alyattes of Lydia minted the first coin in 600BC, humanity’s relationship with money has been constantly evolving.

Coins actually go further back, with the Chinese pioneering the use of small bronze replicas for transactions as far back as 1100BC and paper money a few centuries later. Europeans finally caught on to paper notes in the 17th century and it was a few hundred years more before the first electronic funds transfer (via telegram) in 1860. The first credit card followed just after the Second World War in 1946.

Fast forward to more recent developments and mobile banking was offered to European consumers as early as 1999, with contactless payment cards appearing in the UK in 2008.

When it comes to money, fashions come and go. But perhaps the best illustration of the changing trends is the lifecycle of the humble cheque.

At one time, the ability to pay for goods and services by signing an authorised slip of paper from your banking institution was cutting edge technology.

Picture the scene. It’s the middle of the 18th century in Britain. You’re a merchant looking to settle an account with a business partner. They present you with a signed note from their bank essentially promising to transfer the payment to your bank.

The idea isn’t completely new…but this is the first time anyone’s thought to print cheques with serial numbers so that customers could pay for goods and services against their bank account.

These signed pieces of paper took days to process, the signatures were easy to forge and settling the transaction involved a complex network of clearinghouses. But at the time they would have seemed the height of sophistication and ease. The concept caught on quickly and so the humble cheque was born.

A couple of hundred years later it’s the early 21st century and cheques have had their day. By January 2012 the number of cheques processed in Australia had declined to 45,900. And by October 2017 there were just 6,5491.

Until quite recently it would have seemed unthinkable that you couldn’t use a cheque. But many Australians under the age of 40 have never even seen a cheque book, let alone used one.

The cheque is predicted to die out completely by the end of 20192.

Back to the future

The moral of the story is, things change. Technology finds a way to facilitate quicker, easier payments. One day it was notes and coins replacing barter payments…the next day signed cheques and telegrams…the next it’s tap-and-go contactless cards.

As for the next big thing, who knows? Virtual cryptocurrencies like Bitcoin, wearable contactless wristbands from Barclaycard or perhaps even back to the future with Bartercard, an online bartering system that would have resonated with our distant ancestors.

In the space of a few thousand years, we’ve gone from resource exchanges based on the need for survival to quick, instant and virtual money exchanges, driving mass consumption and instant gratification.

And the pace of change is increasing. It took hundreds of years for paper currency to spread from China to Europe. These days, innovations like contactless payments can spread around the world within a decade. And virtual currencies can catch on instantaneously thanks to the world wide web.

Cash is no longer king

So is cash on the way out? It would seem so if we look at overseas trends. Over in Europe, Sweden is moving to a completely cashless society, with cash payments due to be phased out by 20233. It’s not only about convenience. Among the mooted benefits of a cash-free society are reducing crime, fighting tax avoidance and helping businesses feel more secure.

And it’s not just small Nordic economies going electronic. The world’s most populous country is also moving away from cash. Chinese consumers have embraced mobile payments via QR codes, and spend 90 times more using their smartphones than their American counterparts4.

Back here in Australia cards have overtaken cash as the most frequently used payment method, according to the Reserve Bank’s Consumer Payments Survey. Electronic transactions more than doubled to around 480 per person in the 10 years to 2018. And paper-based payment methods such as cash and cheques declined from 320 per person in 2007 to 210 in 20165.

What the future holds for cash

So if we look forward 20 or 30 years into the future—assuming current trends continue—it’s possible that the only place our children will see notes and coins is in the museum.

The implications are profound:

Whatever the future holds, we’re living through interesting times as our relationship with money evolves at a pace unmatched in human history.

Important:
This information is provided by AMP Life Limited. It is general information only and hasn’t taken your circumstances into account. It’s important to consider your particular circumstances and the relevant Product Disclosure Statement or Terms and Conditions, available by calling 1300 181 707, before deciding what’s right for you.

All information in this article is subject to change without notice. Although the information is from sources considered reliable, AMP and our company do not guarantee that it is accurate or complete. You should not rely upon it and should seek professional advice before making any financial decision. Except where liability under any statute cannot be excluded, AMP and our company do not accept any liability for any resulting loss or damage of the reader or any other person.